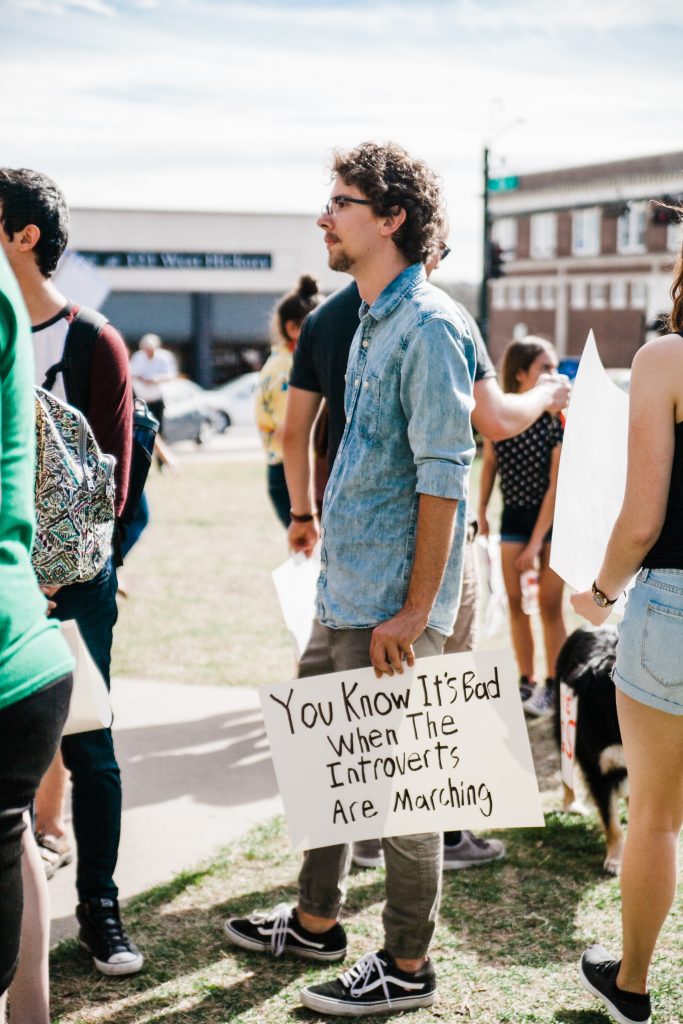 “I do not agree with what you have to say, but I’ll defend to the death your right to say it.” I hear that famous quote, in one rendition or another…rather, I heard that quote growing up. I don’t hear it anymore.  It seems our love for that foremost amendment, “Congress shall make no law…abridging the freedom of speech” has grown cold.

Were we to rephrase Evelyn Beatrice Hall’s famous remark for a more modern audience, perhaps it would read: “I will defend your right to say whatever you choose, as long as it doesn’t offend me.”

Maybe you have been following the case of Amy Wax, Professor of Law at the University of Pennsylvania Law School. She wrote an opinion piece in the Philadelphia Inquirer (co-authored with Larry Alexander of the University of San Diego Law School) suggesting that cultural norms of today are proving detrimental to society. They suggest that the “cultural script” of previous generations is actually better than that of today.

The values of yesteryear they describe are old-fashioned things like getting married before having kids, staying married, getting an education, working hard, going the extra mile for your employer, avoiding idleness, being a patriot, being neighborly, civic minded, and charitable, avoiding course language in public, respecting authority, and avoiding substance abuse and crime. Not only are these better for individuals, they suggest, but better for the country as a whole.

For her opinion, her piece has been called racist, white supremacist, hate speech, heteropatriarchal, xenophobic, and the like.  She has had to deal with petitions from students and fellow faculty calling for her dismissal.  But none of them dealt with the substance of her argument.  There was no debate on the merits of her opinion.

In our own fair burg, a 26 year employee of UNT resigned recently after coming under fire for expressing her personal, albeit politically incorrect opinion.  To be fair, UNT tells us she resigned for personal reasons.  But it smells fishy. Very fishy.

For one thing, emotions now trump fact (pardon the pun). We see it most readily in politics: “You’re either with us or against us.” In the last primary election I received on average three political pieces a day in my mailbox – almost all of them were warning me that the other guy (or gal) would destroy Denton County. Destroy! And these were members of the same political party.

On the national level, we’ve seen the rise of identity politics, race-baiting, lumping and dumping, and economic shaming of the wealthy. Pundits create these false contrasts for us: “If you’re this then you’re automatically that.”  And none of us want to be that!

These false dichotomies do not enhance debate but are intended to end it. When we accept their reasoning, almost all of which is based on fear and greed, then discussion of actual issues at hand is no longer necessary.

Another detriment to our esteem of the First Amendment has been the rise of social media.  This is a bit oxymoronic as this platform is supposedly the realm of liberty, where opinions run wild and free.

But we see these false dichotomies and emotion-based arguments proffered online as well – often subversively couched as “news.” MIT recently published a study that shows false news stories on Twitter travel 70% faster than true stories. Mark Twain already told us that: “A lie can travel halfway round the world while the truth is putting on its shoes.”

Perhaps it is the sense of anonymity we feel behind a screen, and not sitting face to face with our “opponent,” that leads us to incivility and shutting down debate.

This desire for consequence-free opinion showed up recently at Guyer High School. Five students planned to walk out of school in order to “see more gun restriction legislation and…to protest against arming teachers.” They petitioned the administration to “refrain from issuing any sort of punishment in relation to the peaceful use of our First Amendment rights.

That’s no protest. A protest swims against the tide and expresses freedom of speech despite the consequences. Therein lies the power of protest.  Selma was a protest. What these students want is what they are accustomed to on social media: Freedom of expression with no cost.  That’s not a protest, that’s a parade.

In a democratic republic like ours, debate is necessary. “Do two walk together unless they have agreed to do so?” the Old Testament prophet asked (Amos 3:3).  But we can’t agree because we’ve forgotten the basics of speech.

What can you and I do unite our fragmented society?  Perhaps some long forgotten wisdom might be of help here. “The Lord detests lying lips, but he delights in men who are truthful (Proverbs 12:22).” “A gentle answer turns away wrath, but a harsh word stirs up anger (Proverbs 15:1).” “Do not let any unwholesome talk come out of your mouths, but only what is helpful for building others up according to their needs, that it may benefit those who listen (Ephesians 4:29).”

Practically speaking, search for common ground. Be nice – at least stay civil. Listen with the goal of understanding. Communicate your perspective non-combatively. Honesty, civility, and positivity can restore this great amendment to its esteemed first position…and may just restore our nation to health.

Facebook Twitter Email Linkedin PinterestDoctor to patient: “Well, I’ve got bad news and worse news. The bad news is you...

Individual opinions have become offensive to others

Facebook Twitter Email Linkedin PinterestIt is said, “Everyone has an opinion.”  In America, we take this one step further: “Everyone...

Facebook Twitter Email Linkedin PinterestLet’s begin with a confession: We Evangelicals aren’t the most eco-friendly lot. I recycle and conserve...

The image of God in the bathroom at Target

Facebook Twitter Email Linkedin PinterestThere’s a lot of talk in our beloved country today about bathrooms.  Arguments and emotions are...

Facebook Twitter Email Linkedin PinterestThere’s a great market in today’s culture for monetizing vulgarity.  We witnessed this recently at the...

Human rights campaign nothing but a bully from D.C.

Facebook Twitter Email Linkedin PinterestRemember when we were up in arms about deep-pocketed outside lobbyists coming into our town telling...